Let's Go Shrimping: Sorting Through the Catch in St. Simons

From the look of the photos, you would think we didn’t catch a single shrimp that day on the Lady Jane off the coast of Georgia.

The crew pulled on the ropes, swinging the doors of the net together and hoisting it above the stern of the boat, allowing the water to drip before yanking on the line and releasing the catch onto the deck. I expected a light load of shrimp (the season ended in February but typically ends Dec. 31st), however I had no idea the other animals would end up being such a large part of the experience. I held a shark, puffer fish, stingray, horseshoe crab, flounder – the list goes on (see photos).

Last time I was in Georgia on Eagle Island, I learned how to kill and clean crabs for a seafood boil. This trip, as we sorted the catch and pushed the shrimp into the corner, the guide taught me how to dehead them with one hand. It’s like handling a tube of near-empty toothpaste: You run your hand up from the bottom until you build up the proper pressure, and with a quick squeeze the head pops off.

If that’s not appetizing, how about this: Georgia shrimp are significantly sweeter than any other I’ve tasted – it’s truly noticeable. The crew boiled them right there on board, and after the first few I realized there was no need for the cocktail sauce (especially considering they were in the water ten minutes prior… it sort of redefined the idea of something being “fresh”).

There was a part of me that felt sad about the entire process, for the small fish that would never recover from the fight against the net. The industry has made several strides over the years to reduce the collateral damage – they’ve redesigned the nets to allow small fish and sea turtles to escape. Still, you hate to see any sort of unnecessary life loss.

Although it may not be natural selection, I was happy that nothing went to waste. There were so many birds surrounding the nets and circling the boat, swooping down to feast on whatever was discarded overboard. There’s a sadness in the beauty that’s tough to stomach – the circle of life – but I think it’s good to be reminded of such realities from time to time, to understand that our survival comes at another’s cost.

That all said, it was nice to see the joy on the faces of the crew during the whole process. The traditional shrimping industry is all but nonexistent these days due to the emergence of seafood farms, and I think it made them happy to see us enjoying the quickly diminishing pastime. The numbers are stunning: In the 1970s, there were approximately 400 registered shrimping boats in Georgia. Last year, there were 60.

I haven’t been able to firmly confirm those exact figures, but you get the idea. One crew member I talked to, Cliff, told me he remembers shrimping with his father when he was little. Today, there are no footsteps to be followed – it’s as if they have all been washed away by the Georgia surf. The harvesting and farming of shrimp has driven the market price way down, and local fishermen simply cannot compete.

Which is why the experience was so special for me. You have to figure it will only get worse – where will we be in another ten years? Standing on the deck that day, I felt like I was a part of a past generation, like I was enjoying an art that will be lost with the ones to come.

The Lady Jane shoves off out of Brunswick (on the mainland, 10/15 minutes from the King and Prince on St. Simons), and it’s the only game in town (and on the east coast) as far as shrimping tours go. Make room for this excursion the next time you find yourself in the area, whether you’re driving down the coast or staying on St. Simons. 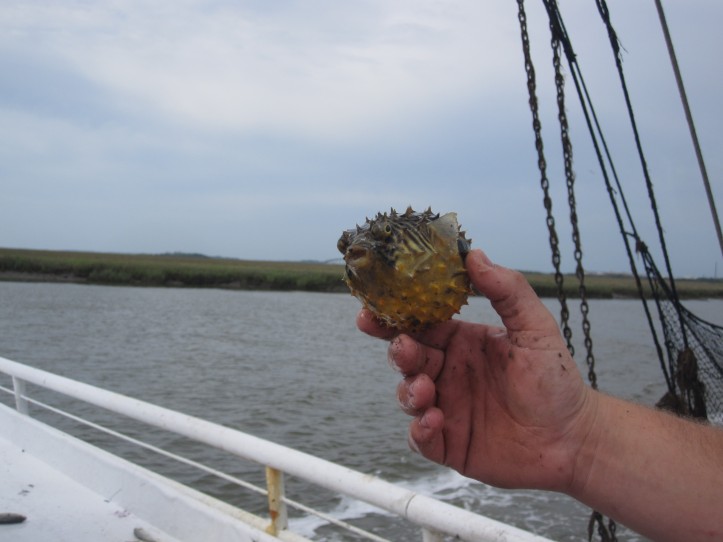