I mentioned that I really enjoyed the change of pace the Zeigler House B&B in Savannah offered – the ability to have breakfast in bed instead of going down to the dining room – but I want to make sure you understand that the comment wasn’t a knock on the traditional style of a hot house breakfast – not in the least.

The idea of having an in-room breakfast is great for romantic getaways, as you can have your cake and eat it too: The character of a B&B without the pressure to be present for breakfast. Most innkeepers who offer a house meal are understanding, however I hate to even give the impression that I’m being rude, considering they’ve most likely been prepping in the kitchen since the early morning. You might want to stay in bed with your significant other all morning, yet etiquette would suggest getting your tail downstairs on time.

It’s a concept that really hit home for me on this trip, definitely something to think about when planning your stay. I was excited about this new discovery after leaving the Zeigler House, thinking I had stumbled upon some sort of secret. The second stop on my swing was the more traditional Azalea Inn and Gardens, and it, of course, quickly revealed the other side of the coin, one of the other huge draws of small inns: Personality.

While you typically meet the innkeeper upon check in, breakfast is where the personal touch and connections go down. Breakfast in bed has its perks, but they don’t have anything to do with anyone else (which some may prefer). To really get a feel for the vibe of an inn, you have to mingle with both the host and the other guests. Think of it as a crossroads, groups of travelers gathering around a single table to share their adventures.

Azalea Innkeeper Teresa Jacobson is a firecracker – very open and honest and down to earth in her personality. It’s one of the things B&Bs boast that most larger hotels have to sacrifice – that one-on-one non-corporate interaction. It’s nice to have that give and take with someone who is not only your host, but a real live local (as compared to only a smile from a shirt and tie behind a counter who may or may not give a hoot about their job).

It’s not just me pumping up Teresa and her inn – many others have taken notice as well. The announcement was made today that Azalea was voted the #3 bed and breakfast in Savannah, according to the Readers’ Choice Awards (there are 38 inns total in Savannah). A few months ago, Azalea was recognized as a “distinguished inn” and accepted into Select Registry – a collection of nearly 400 of the “finest country inns, B&Bs, and unique small hotels.”

Teresa and I talked about the perception that young people (the millennials) have of bed and breakfasts, specifically that they might view them as accommodations for retirees. I get it, and I’ve experienced it: I’m always the youngest guest.

But we can change it – I don’t see any reason why young professionals shouldn’t be enticed by the idea of a unique room in an environment that’s always changing. No two rooms are identical, and the vibe depends largely on your fellow house guests.

Look at hostels – young people like hostels – but is it only about price? Don’t we love that social interaction? Feel free to write me or leave comments with your thoughts.

Since Teresa and I settled on the fact that price probably plays a large part, we have teamed up to offer a few gift certificates for the Azalea Inn and Gardens – a little motivation to get down to Savannah this spring.

Photos of the Azalea Inn and Gardens: 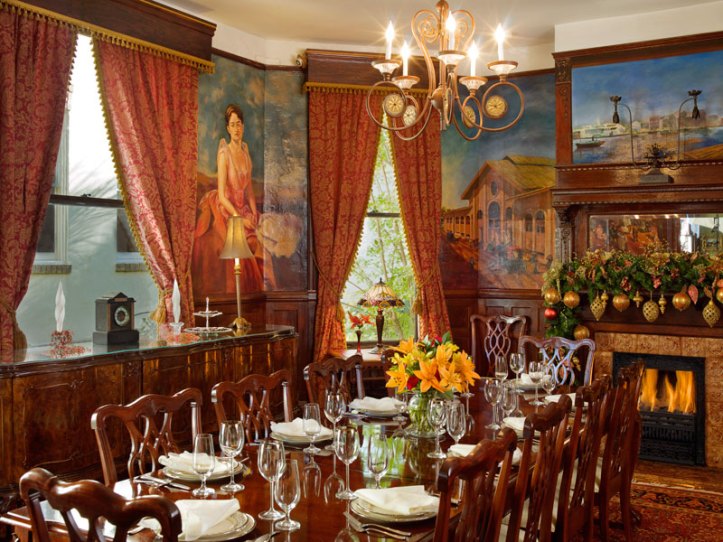 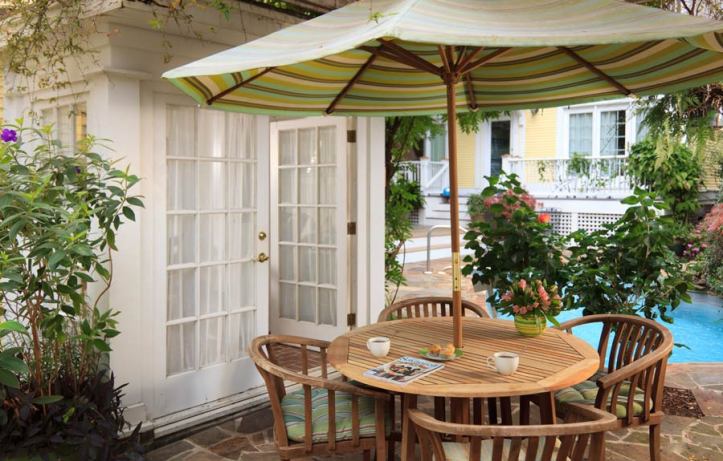