A Manic May Approaches With Africa, Berlin, and Switzerland

Well, that sure went by fast. Seems like it was just last week when I stood high above Donner Lake in Tahoe, in route down to Yosemite to cover the park’s 150th anniversary. The story will be published in AAA Colorado this summer, and if you want to see some of the photos, they are published here. The days are just flying by, but I’ve been having fun. Since Yosemite, I took a swing through southern Colorado (Telluride, Durango, and Wolf Creek) to finish off the ski season, and then headed west to discover where to find the best ramen in Los Angeles. I drove up the coast of California, visiting the energy-vortex of Ojai and capping off my trip with a walk amongst prehistoric plants in Santa Barbara.

As many of you know, Santa Barbara was where I got my start in travel writing, and it was nice to revisit the old stomping grounds of California’s central coast. I’m back in Denver now, and for the first time in what seems like months, I have absolutely no plans for the weekend. It feels good on one hand, a chance to take a breather. But the break will be short. On Wednesday, I head east to Boston for the marathon weekend. After attending last year, I look forward to getting some good memories to replace the bad.

At the end of the month, I’ll take on my very first trip to Africa, both professionally and personally. I’m traveling throughout the country of Kenya, from the coast to the wildlife preserves and safaris. I know the photo below is a little dramatic, but I can’t say it’s not inspiring. I’m really trying to manage my expectations – that is, to have none – as I prepare to visit a continent that harbors most of the planet’s third-world countries. It will be nice to see the exotic animals and the vast savanna scenery, but I’m not sure it will compare to the insight and perspective I’ll gain from meeting the people and experiencing their way of life. It will be much different than anything I’ve seen before, at least, that is what I assume. 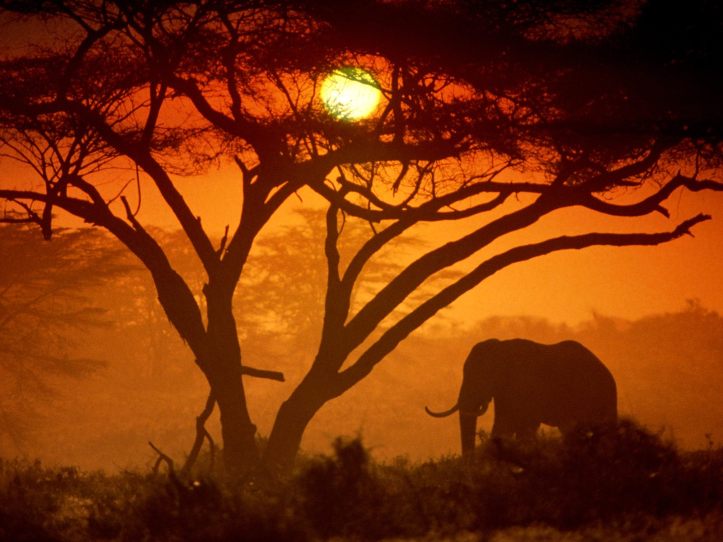 May is going to be one of those months that really tests my endurance. Upon returning to Denver from Africa, I’ll leave two days later to fly to Berlin. A week there, then it’s back to Denver for a few days before flying to Switzerland. I’m considering staying in Europe between Berlin and Switzerland and heading over to Spain, although the logistics remain to be seen. Hey, either way, good stuff. Worst case I get a few extra flier miles.

In terms of the rest of the summer, I’ve got trips planned to Turks & Caicos, the Grand Canyon, Hawaii, and Chile. I’m crossing my fingers on a few others. You can see why I’ve had trouble updating the blog of late. It’s something I’m trying to get better at, or rather, get back to. As most writers experience, the personal writing often takes a backseat to assignments with deadlines. It’s a good thing overall. But writing in your own voice without any walls to contain you is healthy, and has always helped me set the stories straight in my head. For the record, this is the third or fourth time I’ve written a blog about how I want to blog more.

If you want to see what I’m up to, almost all of my travels have been going into stories for Conde Nast’s Jaunted. You can find my author page here if you’d like to follow along. I write two a day (really), so there’s plenty to go through on a rainy afternoon.